Colonel Willis Miles Ponder, a Civil War veteran from Missouri, founded the town of Walnut Ridge in 1875. Colonel Ponder later served as the town’s first mayor.
The town was first settled in an area separate from the current town which is now referred to as Old Walnut Ridge. When the railroad decided to lay tracks through the area in 1873 the settlement moved closer to the railroad route.
At one point Ponder called the first town location Pawpaw because of the numerous pawpaw trees. Upon applying for a post office he was informed that there was already an Arkansas town named Pawpaw so he decided upon Walnut Ridge due to the walnut trees in the new location.
Associated with Colonel Ponder in the town’s affairs at the time were the Phelpses, Dowells, Pinnells, Finleys, Rankins, Graffs, Grimes, Lesses, Dr. Minor, Arndts, Dr. Watkins, Charles Coffins, Dr. Camp, T.J. Sharum, and others.
Lawrence County Bank the first in the county, was established in Walnut Ridge in 1890 with Capt. J.M. Phelps as president.
The early citizen’s of Walnut Ridge drew their income in large part from farming and sawmilling. Cotton was the main crop of this time in the town’s history.
One man who did much to boost Walnut Ridge was S.C. Dowell. He was the agent in the county for the lands of the Iron Mountain Railroad Company, and he had extensive real estate holdings of his own. He introducted the growth of rice into the county. He encouraged and suppported any movement that he thought would be benificial to the town or county.

During World War ll the United States government decided to create an Army Air Forces Flying School near Walnut Ridge. The flying school opened in 1942 and over the next two years pilots were trained to fly BT-13’s. In the later part of World War ll the base was used to hold German POW’s. The Army Air Force’s use of the airbase ended in 1944, when it was traded to the Marine Corps, and became the Walnut Ridge Marine Air Facility. After the war, the airbase was used to dismantle planes and other military equipment. In 1947, the United States government turned the base over to the town of Walnut Ridge. Part of the base is now used as the municipal airport and 122 acres of the land was purchased by what is now known as Williams Baptist College .

The Walnut Ridge Airport once was a stopping point for the Beatle’s in the 1960’s. Their brief visit left a lasting impact on the community and was even the subject of a documentary film.

Walnut Ridge was the birthplace to a few famous people. Famed gunfighter and lawman Milton J. Yarberry who is best known for having been the first Town Marshal for Albuquerque, New Mexico in the late 1800’s.
Robert Brown known professionally as Washboard Sam, who was an
American blues singer and musician in the 1930’s and 40’s was born in Walnut Ridge.
General James T. Conway – 34th Commandant of the United States Marine Corps was also born in Walnut Ridge, Arkansas.

The Walnut Ridge Amtrak station is a train station in Walnut Ridge, Arkansas. It was originally a Missouri Pacific Railroad station and has been listed on the National Register of Historic Places since 1992.

Agriculture is still the primary economic resource for Walnut Ridge with
rice and soybeans being the main crops. In addition the industries in the industrial park, hospital, and school district employ some of the cities residents.

Thanks to David Dodd for submitting this view of Main Street Walnut Ridge 1910. 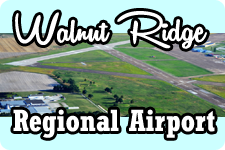